Maple vs Beetle - The Longhorn and The Short of It 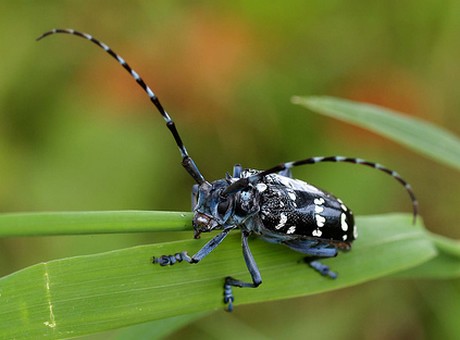 Most folks can talk ‘til they are blue in the face about the effects of climate change and what these prognostications have to do with global warming trends and resulting impact on the environment. However, this all seems to barely hold a candle to a real monster lurking in the woodpile, and it goes by the name of the Asian Longhorn Beetle. The mere mention of its name causes sugarmakers all over the U.S. and Canada to shudder, and if they still had wagons, they would certainly begin to circle them in some sort of defensive line against this threatening eco-nightmare of potentially catastrophic proportions.

This maple-devouring and therefore super-destructive insect, as its name implies, is assumed to have hitched a ride inside some wooden pallets all the way from Asia on a cargo ship, and was first identified by the unlucky inhabitants of Brooklyn, New York about 16 years ago, and then again in 1998 in a maple stand outside of Chicago, Illinois. And that time the infestation was so severe the only recourse was to clear-cut many precious acres of forest. Like something crawling out of a sci-fi movie from the 1960s, this carapace-shrouded fiend is a massively invasive species of insect that happens to have hardwoods, and maples in particular, at the top of its menu, along with selecting these trees to serve as an incubator for their nasty little progeny.

At the forefront of everyone’s mind, and primarily those who happen to have a vested and generations-long interest in maple sugar and syrup production, never mind the pure reverence of the maple itself, this is a conundrum of quite frightening proportions, and no one has any real clue as means or method to effectively stopping it in its tracks. If left unchecked, this Asian-bred killer could devastate entire regions of sugar-producing maples in both American and Canadian forests. 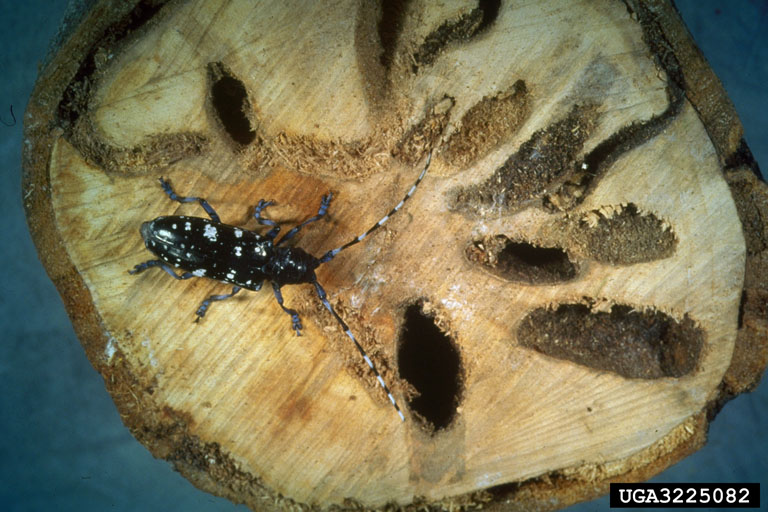 Its modus operandi is to kill its ‘host’ maple tree by consuming the outer layers of sap wood, gnawing its way through hollowed-out channels deep inside the infected tree. The very industrious females of the species bore out dime-sized cavities in the bark where they leave their brood of eggs, and the destructive cycle continues with these developing young further adding insult to injury for the doomed maple tree. The beetle is a slow and silent killer, taking anywhere from five to ten years to bring the tree to its death throes, which means detecting an outbreak is usually difficult, and by then, it is well beyond the stage of serious, and the damage, done.

By virtue of its channel-boring behavior beneath the tree’s protective bark, the beetle quite obviously becomes impervious to any effective treatments using pesticides. As long as there are maple trees to sate its voracious appetite, and harboring no fear of any natural or indigenous predators, it seems that only intervention of the human kind will slow the spread of this almost biblical plague. In the case of the Chicago infestation, a ‘slash-and-burn’ technique was employed inside a 1.5 mile quarantined zone around the affected area, and all trees were inspected, and those found to be victims were felled and put to the flame. 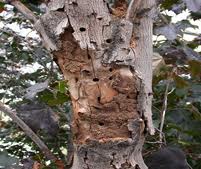 These are slow-moving insects, and are inclined to multiply and infect large stands of maples in a confined region, prior to their ‘migration’ beyond their chosen habitat. Suggestive of the manner these beetles had originally arrived to our shores via mechanized transport, the real threat of human-induced migration is seen to be likely by moving infected lumber from one zone to the next. Even the horrific notion of an innocent and unwary camper transferring a quantity of deadfall or firewood from an infested area into a ‘clean’ zone would trigger a whole new breed infestation, and of course, frustration.

The immense challenges facing the sugaring industry in particular, and the preservation efforts regarding the maple’s place in the ecosystem of the future as a whole within the forests of the North American biosphere are indeed serious. The Asian Longhorn Beetle and the inevitable consequence of global climate change upon our arboreal companions will remain at the spearhead of concerns by dedicated scientists and sugarmakers both, to save what has become such a critical component not only of the commercial landscape, but an ancient and integral part of our forested dominions and cultural heritage as well.